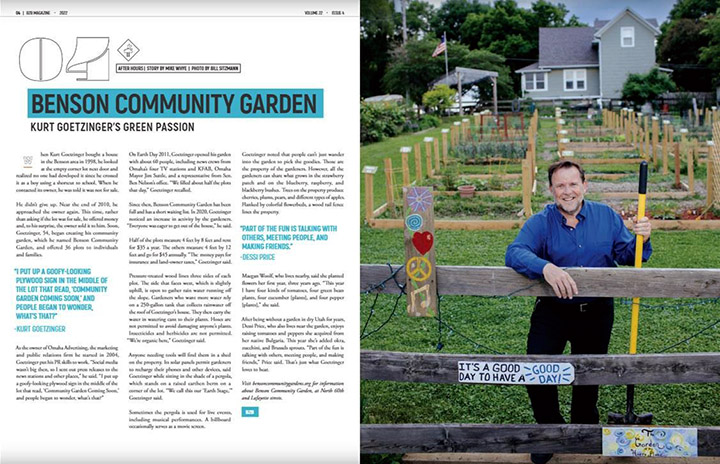 Earlier this year I received an email from the editor of Omaha Magazine who asked me if I would be interested in being interviewed about my involvement in the Benson Community Garden. My reaction, “Absolutely! The garden is my happy place and a joy to spend time in before and after work.” So, we booked a time with Mike Whye, a reporter for Omaha Publications.

B2B magazine is doing ongoing features about business owners and how they spend their after-work time. It’s vitally important to maintain a healthy work/life balance and much of my spare time is enjoyed around the community garden.

In early 2010 I considered buying the land next to my home to start a community garden. At the time I had a client who’s mission was to make the greater Omaha metro area a healthier place to live and work. Perfect timing as the access to healthy foods is a big part of this. My neighborhood is considered a “food desert” – defined as an urban area in which it is difficult to buy affordable or good-quality fresh food.

Being inspired by both the campaign on which I was working with that client as well as my personal interest in access to local foods, I contacted my bank and applied for a second mortgage on my house to purchase the land and the materials to bring this to life. The former landowner agreed to sell it to me and we announced the project. Things went fast and the neighbors embraced the idea, some even volunteering to help build the fence, plots, etc. It was a very exciting few months as the purchase happened in November 2010 and we opened the garden to the public in April 2011.

Over the first few years I became active with the Douglas County Health Department and other community garden leaders to develop the “Community Garden Toolkit” for groups thinking about starting a garden in their city. This online document has been used by countless gardens throughout the United States. 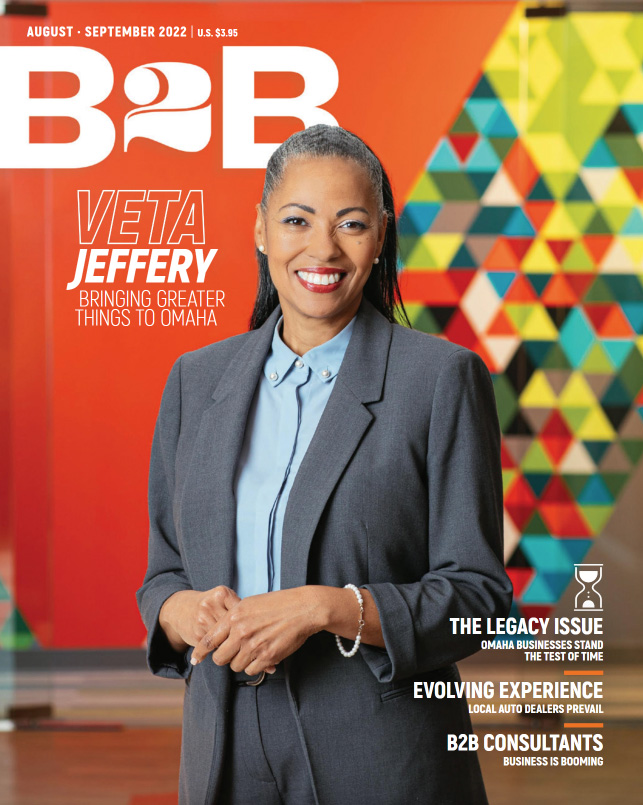 As the owner of Omaha Advertising, the marketing and public relations firm he started in 2004, Goetzinger put his PR skills to work. “Social media wasn’t big then, so I sent out press releases to the news stations and other places,” he said.

Once the garden was ready, we filled the 36 plots quickly. People were very excited to have an opportunity to grow their own fruits and vegetables. Now in our 11th year as an organization, we have expanded the features of the garden to include a certified pollinator garden, the “Earth Stage” (for live music, showing movies, etc.), and a memorial rose garden.

Regarding self-employment, working for oneself is both rewarding and challenging in many ways. Having a hobby or activity that you’re passionate about is important for that work/life balance. For me, after a long, stressful day at work, there are few things better than getting home, changing clothes, and digging in the dirt. Getting to visit with my fellow gardeners and meeting neighbors is a beautiful bonus. 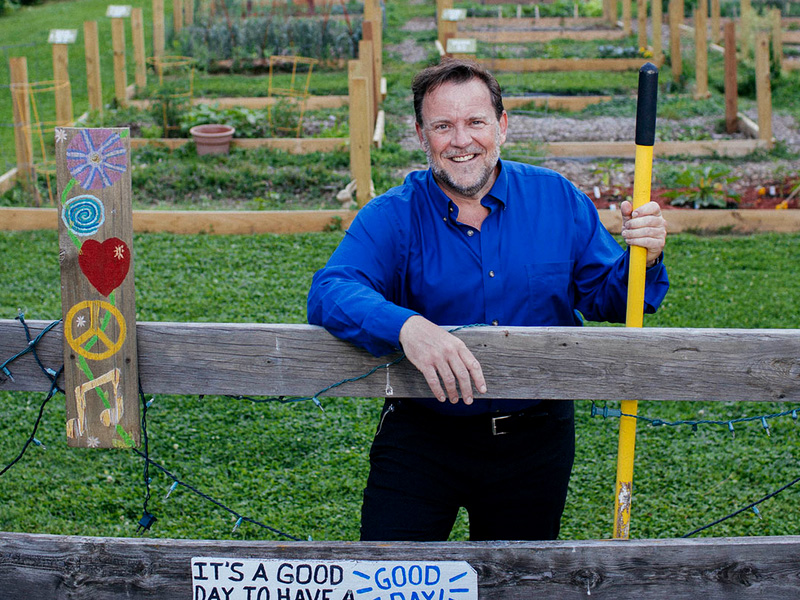 What do YOU do to keep your work/life balance? I’d love to learn more about you, your hobbies, and your business. Please drop me an email or call sometime. Heck, if the weather’s nice we could even meet for a chat in the community garden!

Since 2004 we’ve been providing digital marketing and creative services for businesses, nonprofits, and government agencies throughout Nebraska and western Iowa. We specialize in:

Need help marketing your business? Contact us to schedule a free, no-obligation consultation to see if we’re a good fit to work together.

When you sign up for our mailing list, you’ll receive our exclusive email newsletter with practical business marketing tips, information, and more. [Rest assured, your contact information will never be shared with any other organizations]