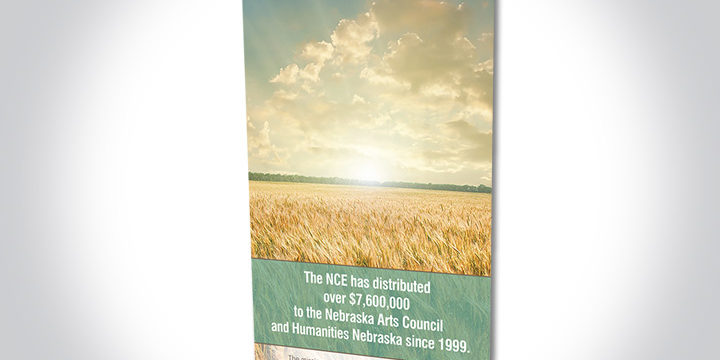 Recognizing the need for a system of sustainable preservation for Nebraska’s long-standing tradition of fine arts and culture, a group of community leaders and cultural advocates from across the state formed the Nebraska Cultural Endowment. The first cultural endowment in the nation to sustain both the arts and humanities, its resources support the programs and grants funded by Humanities Nebraska and the Nebraska Arts Council. Sponsored by state Senator LaVon Crosby in 1998, LB799 established a state fund managed by the State of Nebraska for the benefit of the Nebraska Arts Council and Humanities Nebraska. Income from the state fund is available to the two Councils when a matching contribution from private sources is made to the Nebraska Cultural Endowment, a private 501 (c) (3). Further legislation co-sponsored by Senators John Nelson and Lowen Kruse in 2008 increased the State fund up to $10,000,000 provided there is a match in private contributions. The Nebraska Cultural Endowment and the organizations it serves are thankful for the foresight and benevolence of Nebraska citizens like Omaha philanthropist Richard Holland, its founding and current Board of Directors, Advisory Board, and the many donors from across the state who have invested in Nebraska’s rich arts and culture assets.